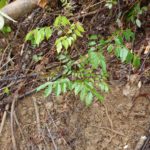 As part of the project ‘Strategic Mainstreaming of Ecosystem-based Adaptation in Vietnam’, the GIZ EbA project team, in cooperation with its partners ISPONRE and the provincial department of the ministry, identified a pilot site as well as suitable EbA measures for gaining practical experience with ecosystem-based adaption in Ha Tinh province. 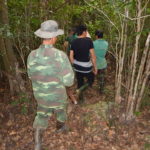 The identification processes functioned in a highly participatory manner and were partly adopted from an approach to fast track implementation of adaptation measures suggested by USAID.

They included i) conducting a rapid, stakeholder-driven screening assessment; ii) focusing on highly vulnerable resources, sub-populations and assets for the vulnerability assessment; iii) browsing a list of fast track adaptation opportunities; iv) conducting a feasibility study of the most promising EbA options and v) applying design criteria to select the most promising adaptation solution.

Key approach criteria at the design stage are

In Ha Tinh province, a six step methodology was applied to guide the assessment study to desired results. After initial reports were drafted based on the participatory identification, a review study was carried out by the International Centre for Research in Agroforestry (World Agroforestry Centre, ICRAF) to ensure the embeddedness of the results in a scientific and EbA framework, and to provide important feedback for their refinement and finalization. Based on the merged recommendations from the participatory identification and the review report, pilot activities are now implemented on the ground. 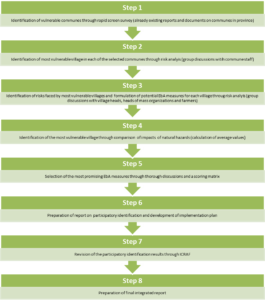 Facts about the identification process 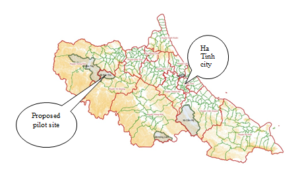 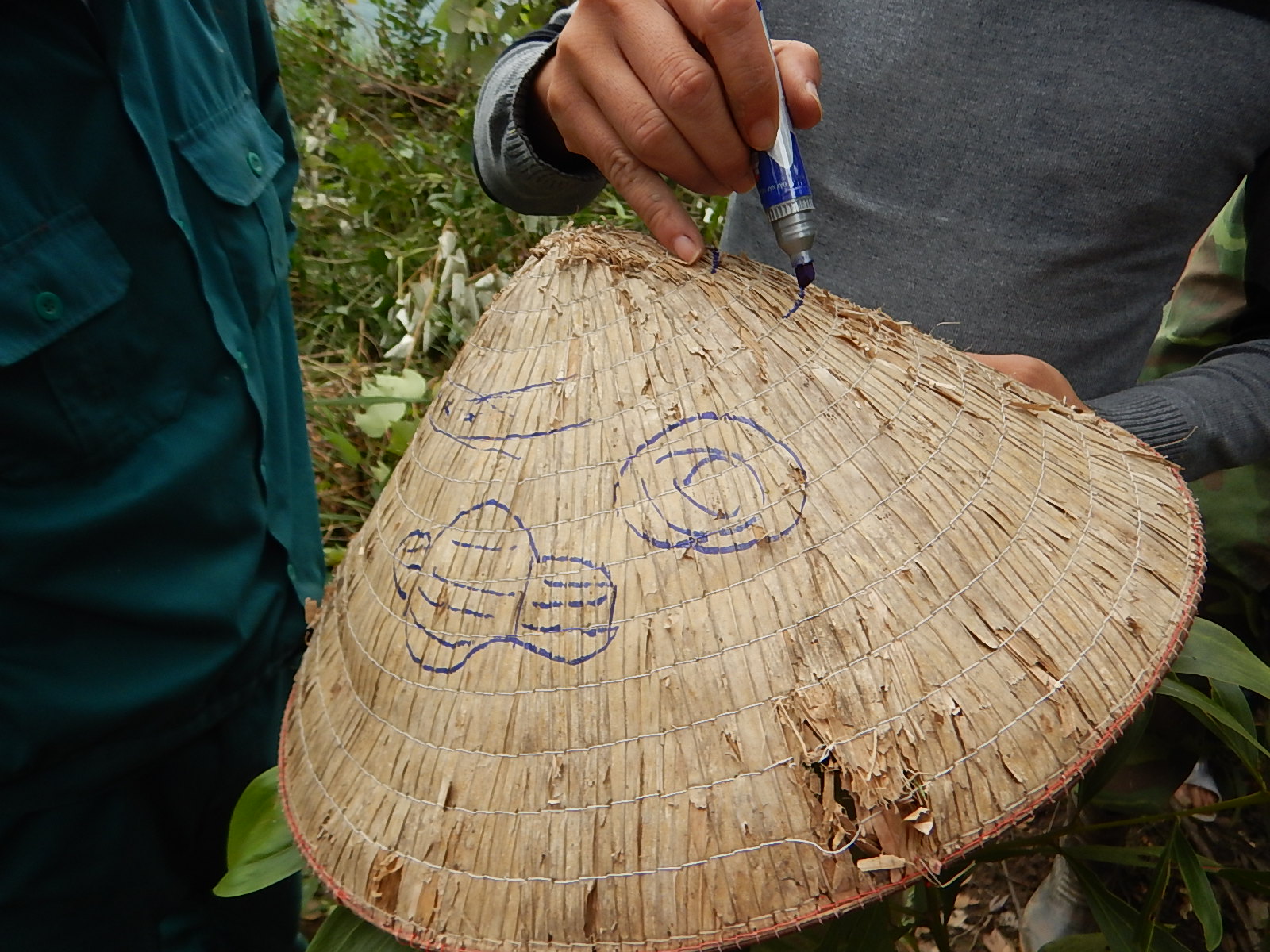 Communication in the field is just as central... 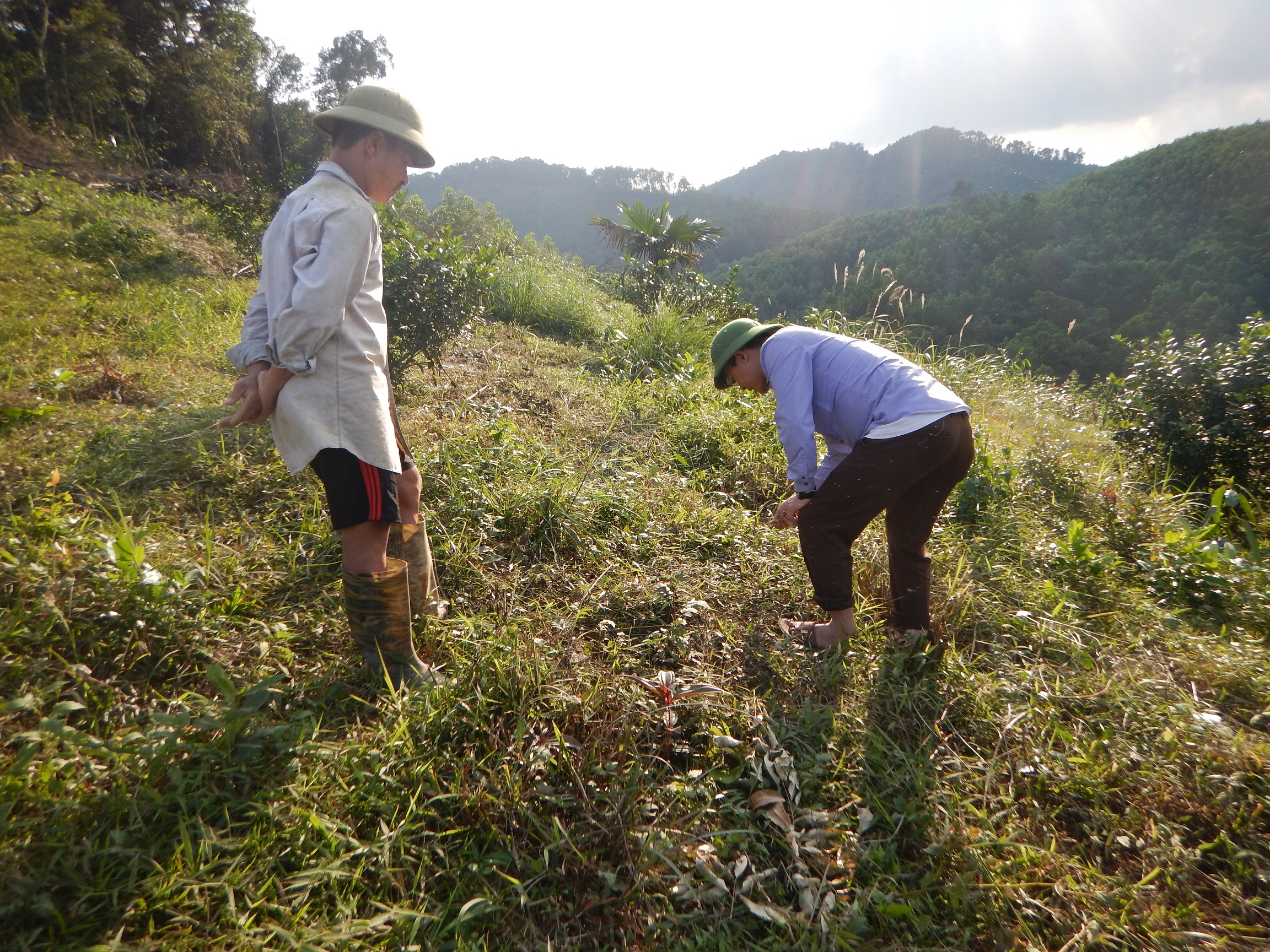 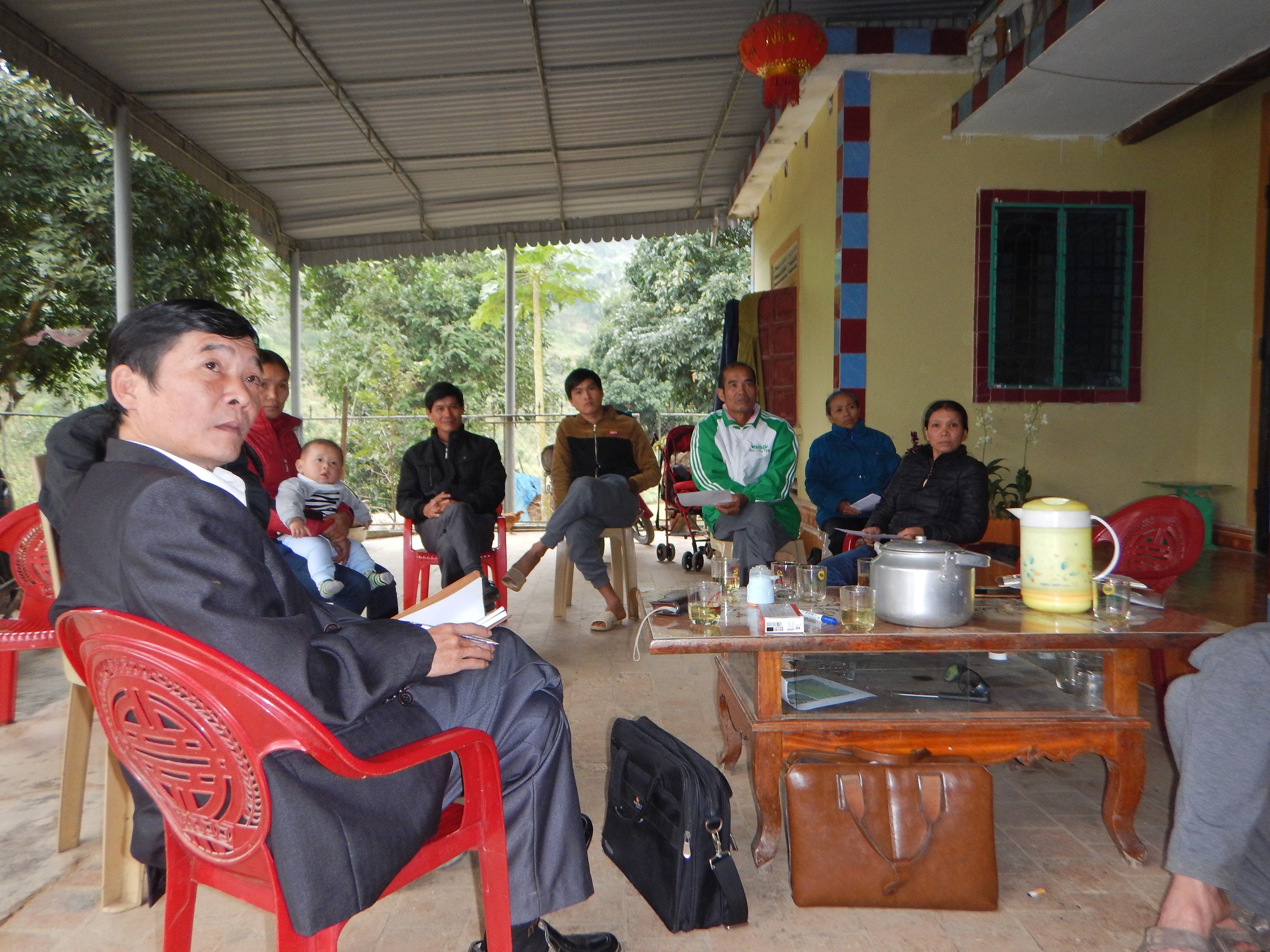 Many people are involved in the household selection process 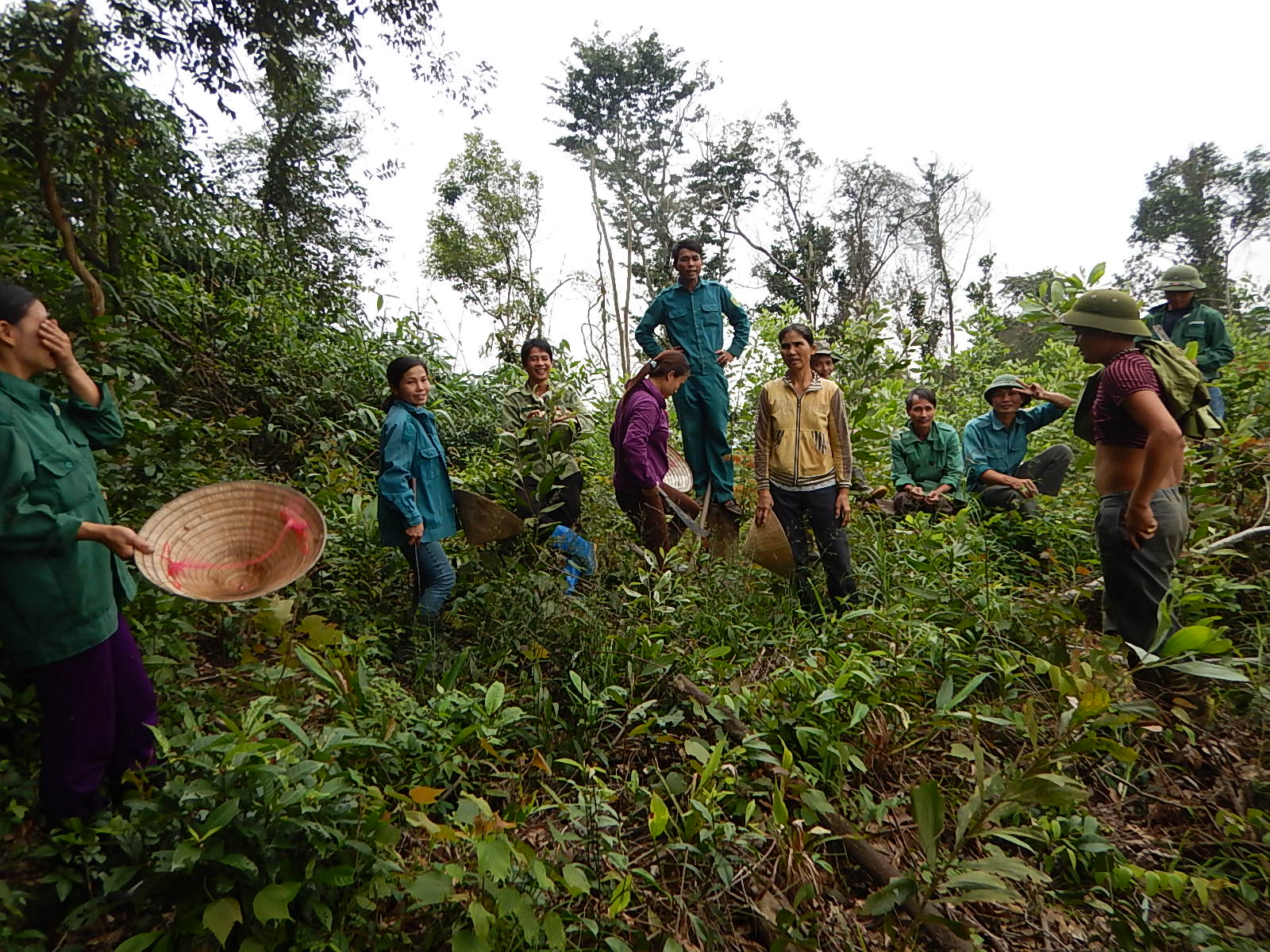 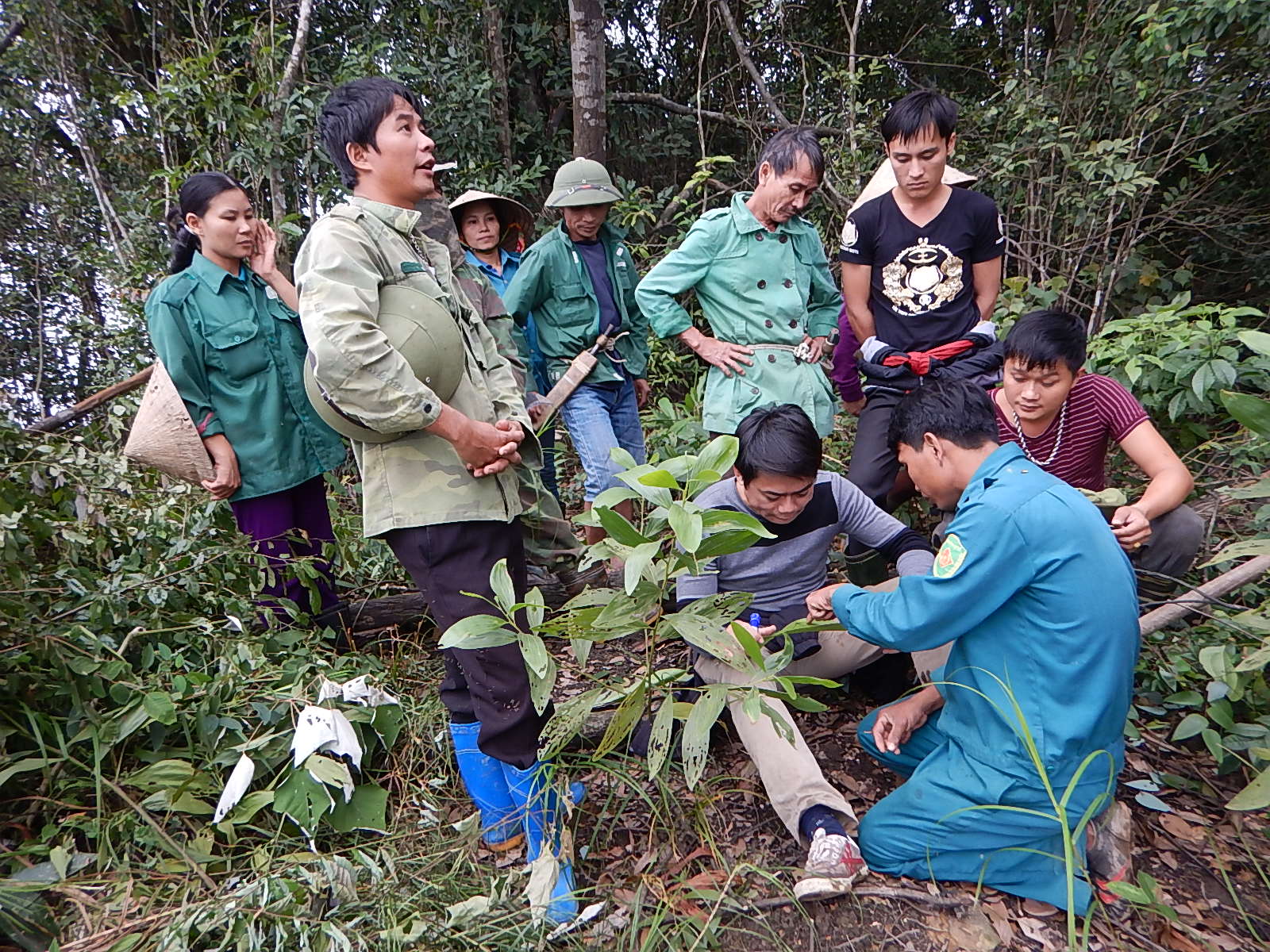 Explanations are provided on site 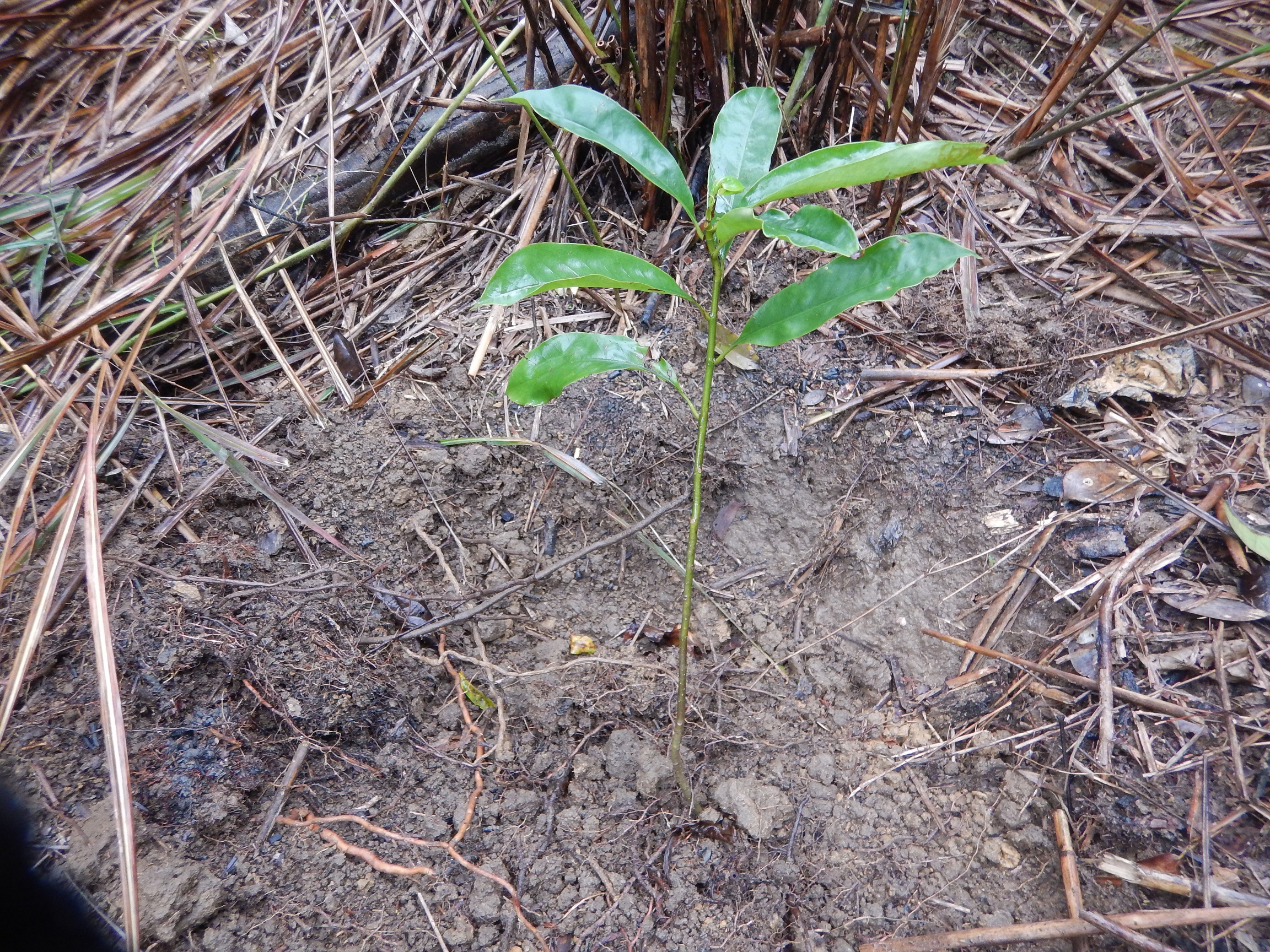 The planting has started

Facts about the pilot site

The main income source comes from agricultural production – acacia plantation, orange and livestock – and only a very small amount is generated through the service sector.

The commune experiences different weather conditions over the year. Extreme droughts, hot spells and dry winds occur from April to September, with temperatures up to 41°C. Heavy rains often reach the area in October and November, causing floods, flash floods, landslides, and storms. Cold and rainy periods dominate during December and January.

Village 1 is located in the northernmost part of the commune, along the Ho Chi Minh trail. It has 413 ha of natural area, with native secondary forest and acacia mono plantation accounting for the highest proportion, namely 180 ha and 160 ha respectively.

There are 114 households in the village, out of which 10 households are ranked as poor.

Village 1 experiences similar climate conditions as the rest of the commune, yet people here witness more severe impacts caused by droughts, as the natural water resources are more limited than in other villages. In agricultural production, while a small part of low and flat land is utilized for paddy rice and annual crops, orange – the crop bringing highest income – is located in hilly slopes, which causes a variety of difficulties for growers.

A group of 27 households which have forest allocations nearby join the pilot activities. The intervention slope is divided into four slope sections, with each section being worked with according to identified needs.

Upscaling and sustainability of the pilot intervention 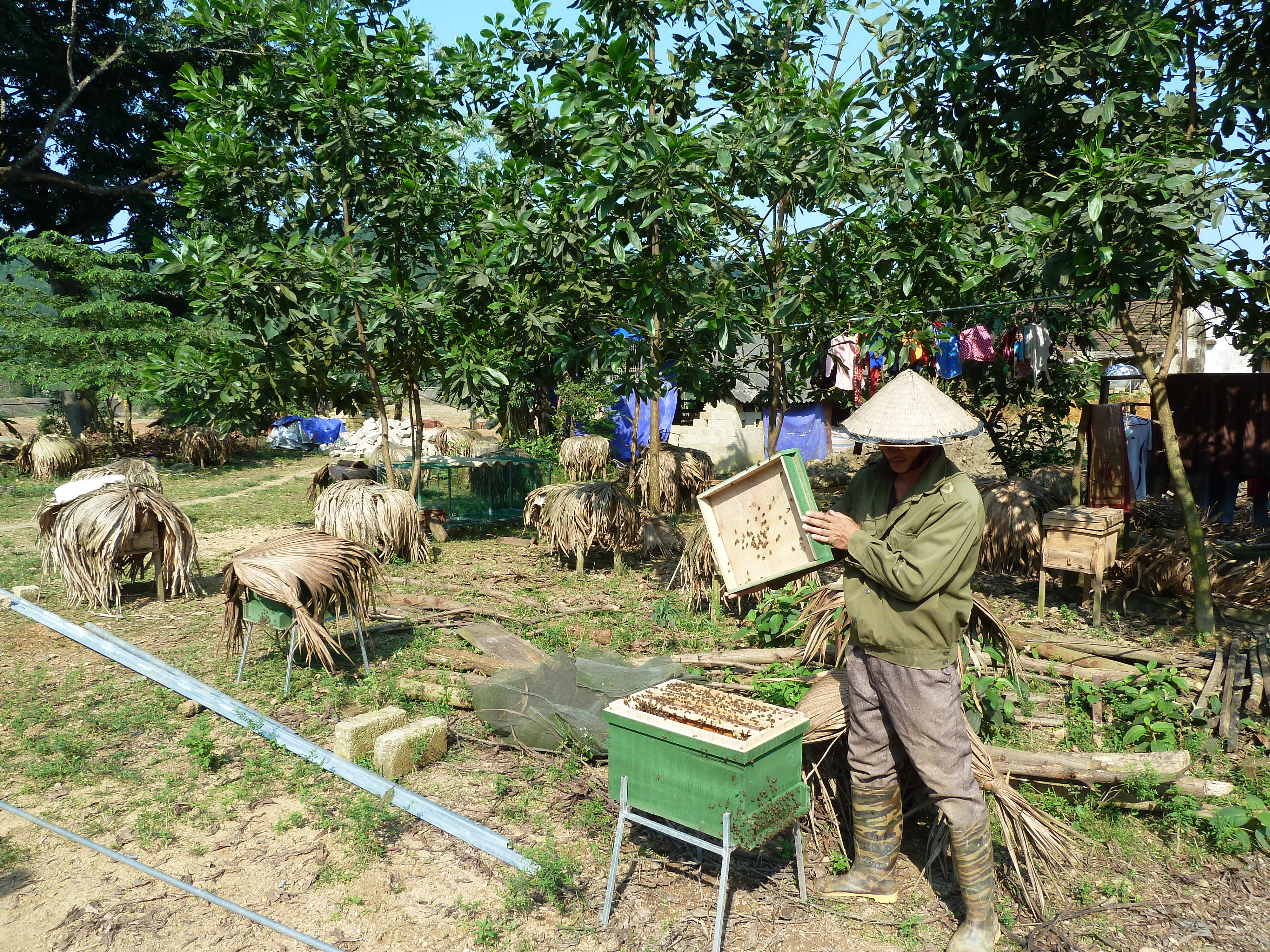 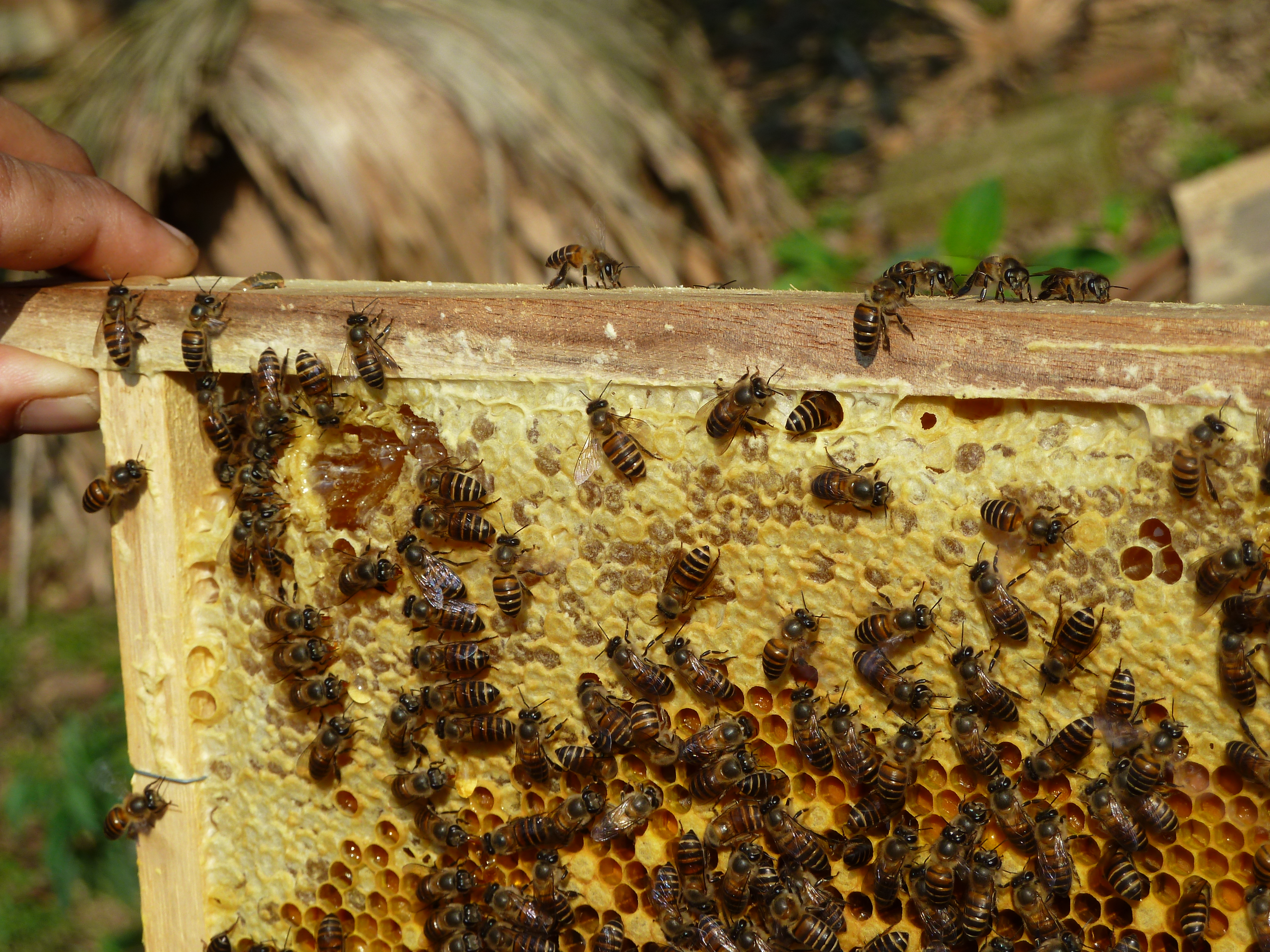 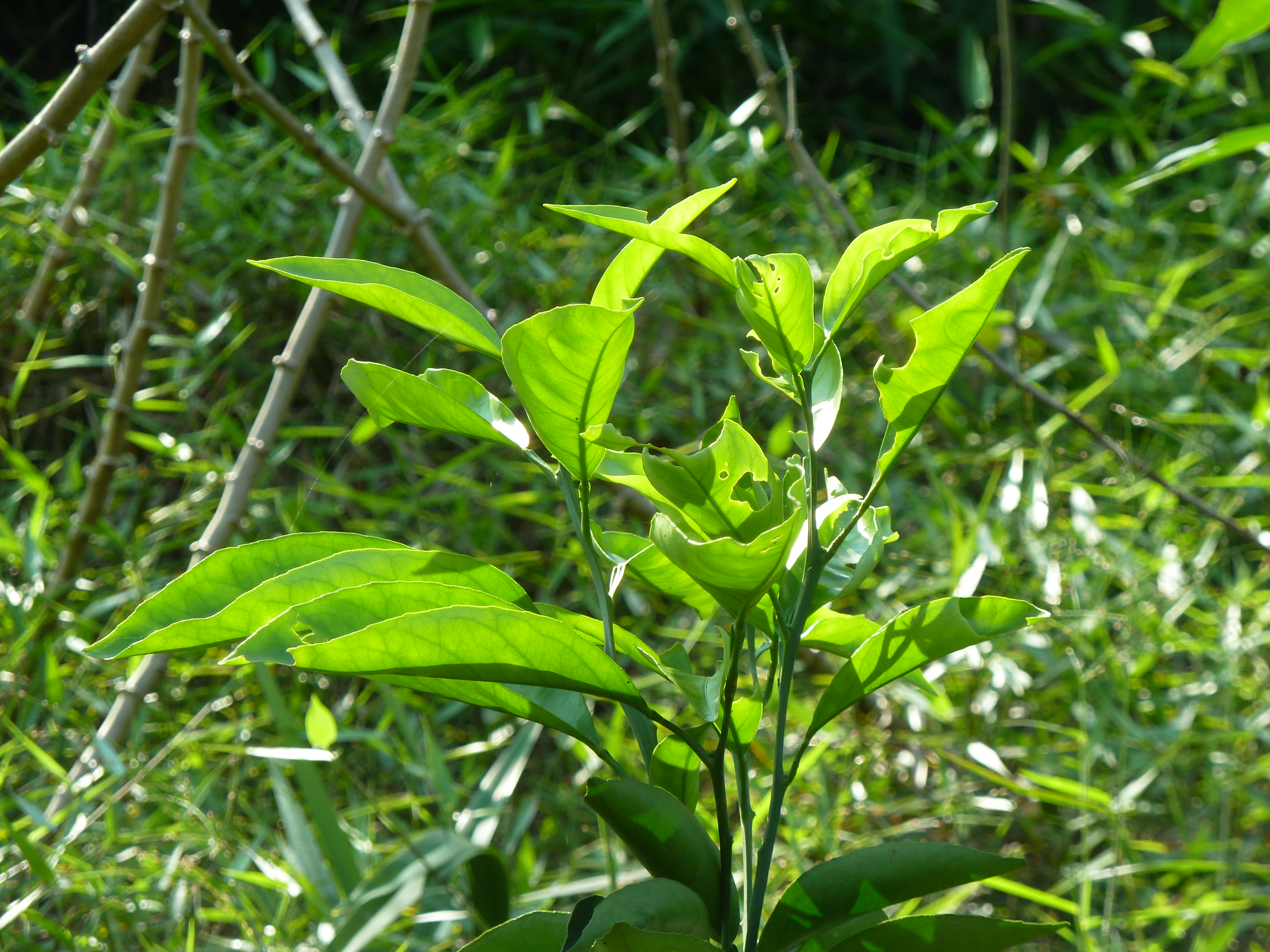 The orange seedlings have been planted 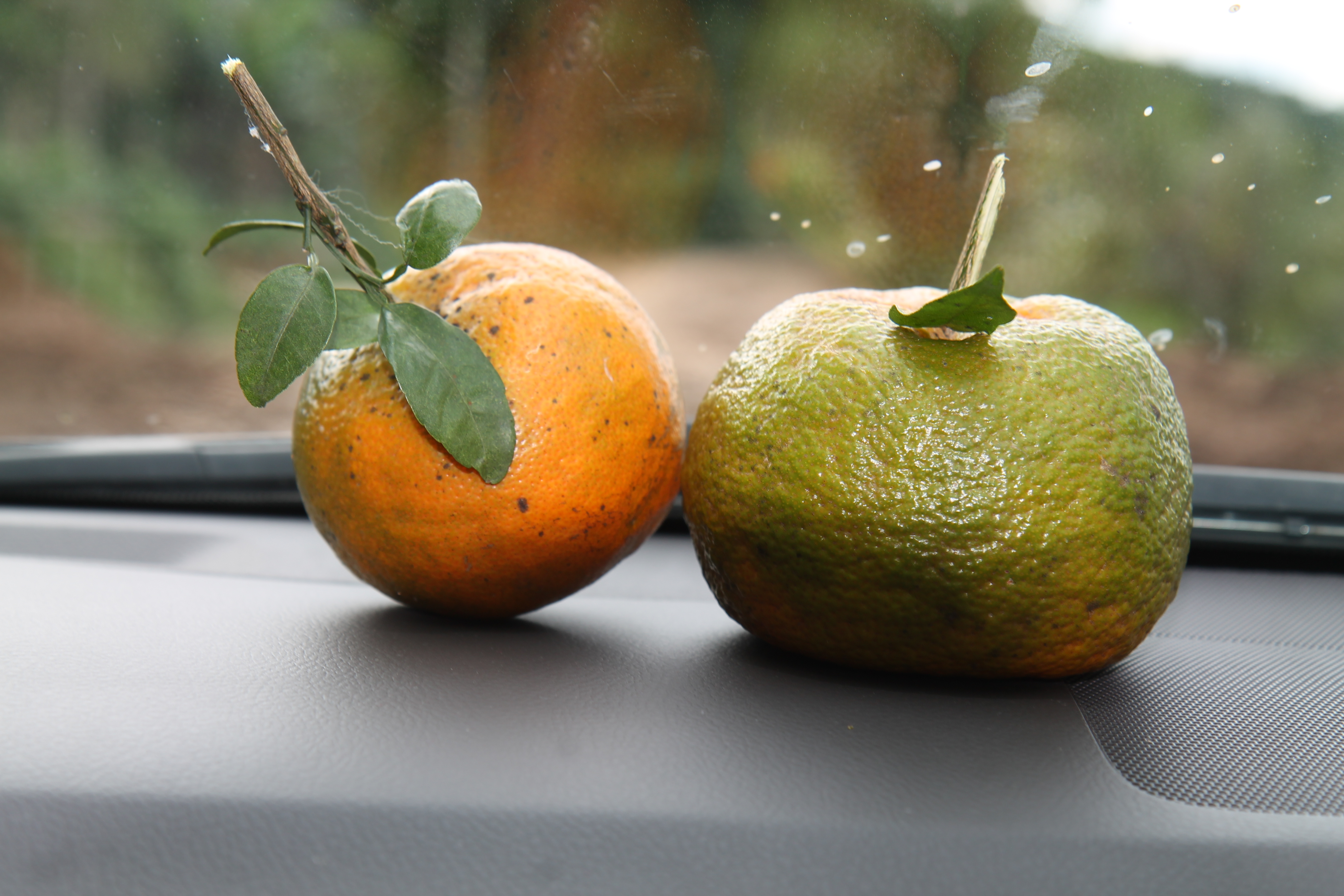 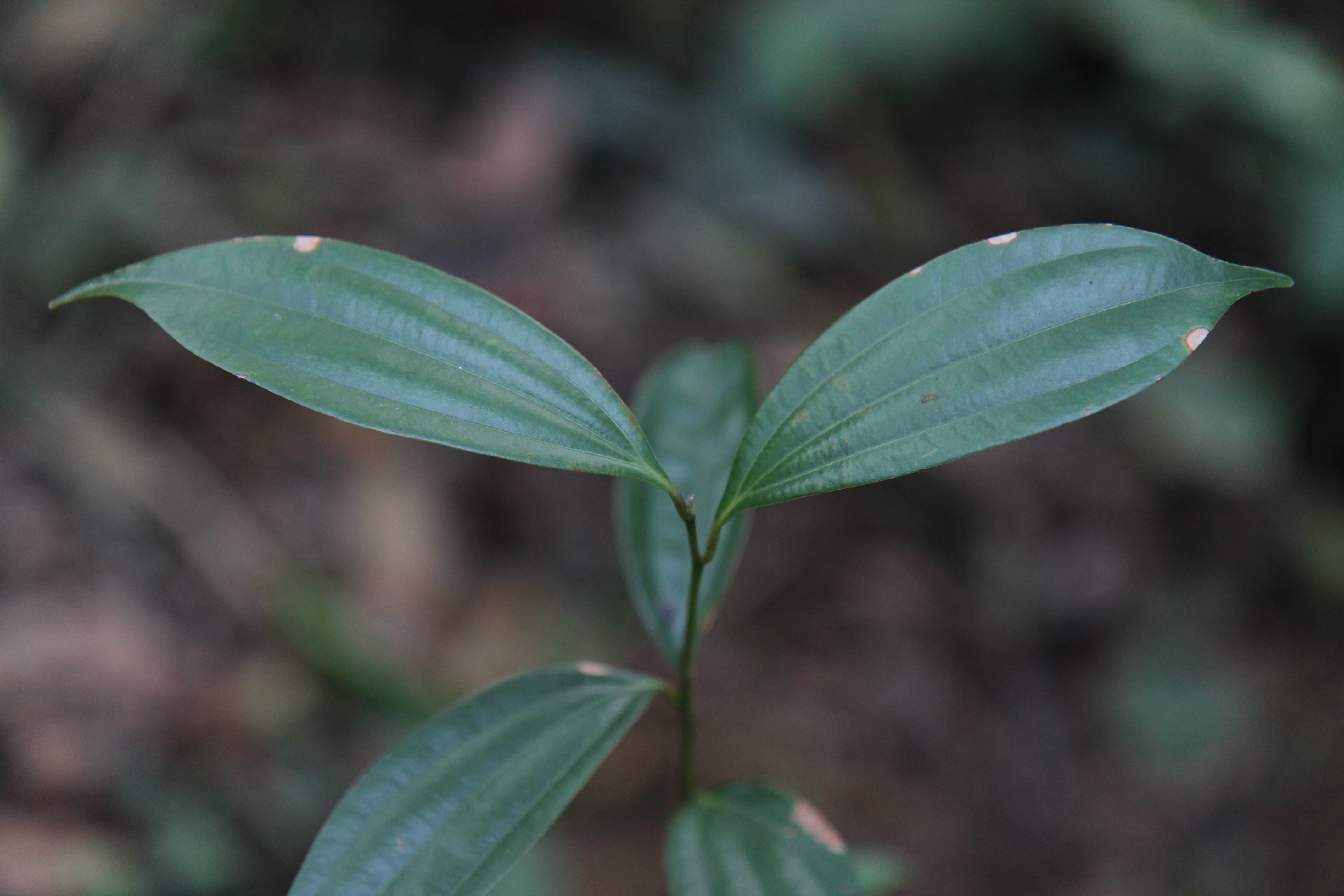 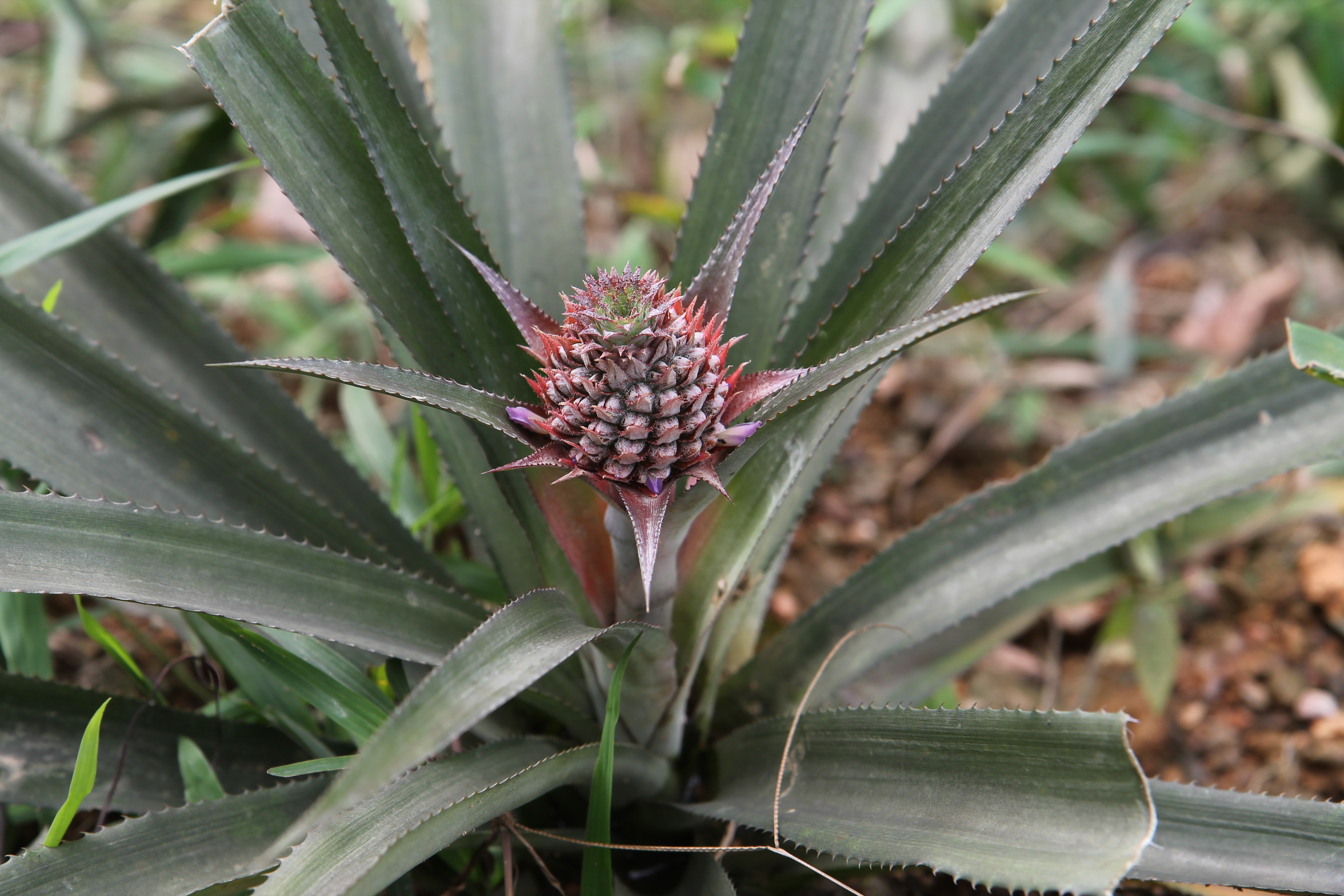 The pilot activities are expected to provide the following benefits:

The CCAFS Climate-smart villages are demonstration sites for testing and bringing climate-smart agriculture up to scale. They are being implemented since 2014 in My Loi village, Ky Anh district, Ha Tinh province

There are no upcoming events at this time.